The government, My Employer, the news and Facebook had new information and things to worry about several times a day.

Monday - I was told no work travel, and cancelled flights for that week. 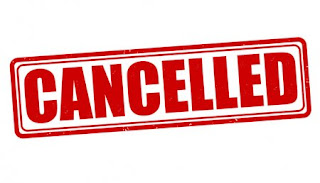 Tuesday - I was told the conference I was speaking at in Norway this week was postponed. I knew it was coming and it was the right thing to do. When I speak overseas I can claim the costs back after the event, so here I was going to loose a lot of money. I have travel insurance but it wouldn't pay up just because an event was cancelled. Last year at the event I won a voucher for Norwegian Air and thought I would use it this year to travel to the far North of Norway and try and see the Northern Lights. All was booked, 3 days light chasing and then down to Oslo for the conference.

What should I do? If I cancel all of it I will be out of pocket for a lot of money. If I still go to see the lights, it will cost me more to change some of logistics, but at least I will have a short holiday and who knows when I will get the next one. This process took many hours, but finally it was done.

Wednesday - work contacted me and told me I could not travel to the US in April for a conference. They wanted to cancel my flight but it was very expensive and for a few hundred I was able to change it to cover another planned trip in October.

Thursday - Norway announced anyone entering would need to go into 14 days quarantine. Guess the Light chasing was off. Oh and the conference in the US was called off.

Friday - I cancelled as much as I could for the Norway trip. It was by now on their government website, so perhaps I will get something from my insurance. I did get through to them but all they said was, fill in the form and we will assess it. I cancelled one flight and then 4 hours later they introduced a voucher scheme for re-use.

I calculate I spent almost a working day, amending, canceling and understanding options. Very frustrating, and although it was hard I still believed it was just a blip.