Today my daughter is 23. I am so proud of her, 6 years ago she spent a week with the army for work experience. She came home and said she wanted to be an army officer.
That was the start of a long journey, the familiarisation visits to different areas to decide what part of the army, the tests, and finally the selection board, but 18 months later she was accepted and given a Place at the Royal Military Academy Sandhurst. She had 6 years to take up her place the intention being that she could go to university.

Government cuts meant the gap year the army offered her was cancelled, and later once she started officer cadets there were more cuts. Other people would have given up, but not her, she wanted this and no one else was going to stop her.

She did a volunteer stint in a school in the Dominican Republic where we sponsor children in their medical centre. She had a place to start a nursing degree 6 months later, but very soon after arriving at the school decided nursing was not for her. I love the fact she was brave enough to say so.

After discussing with the army she found a degree that suited her interests, in outdoor activity management. The degree itself was very business focused, the running of the industry and the educational value of outdoor pursuits. Her first year was difficult, not the course she loved that, but the university itself was in a fantastic location but not really a university setting and she felt she was missing out on university life. Worse was that she was unable to be an Officer Cadet as it was too far from her designated base. Again she didn't give up, and moved universities, but first she took time out.

The course required a placement in the industry, not very much a few hundred hours, but she wanted to do something more worthwhile. She found, applied for and was successful in getting a place on an internship with the Australian Outward Bound organization. 9 months but she loved it, learnt a lot about herself and the industry and gained qualifications in many activities. I remember the day she rang to tell me she was abseiling, and how nervous she was. "why?" i asked, "you have done it before" ; "yes but this time I am tying the knots" she laughed.


All too soon and she was back, and within 6 days had celebrated her 21st and started at a new university for year 2, another brave move. She joined the cadets with enthusiasm and over the next two years added sailing and running to long list of achievements. She took part in many adventures including army biathlons and Cowes week. She finished her degree and even going to university was nothing neither me or her dad had ever done.
This summer she had her final tests with the army and there was a little health wobble that threatened to scupper everything. She was devastated and had to wait two weeks for a follow up during which she was marching with the army in Nijmegen. But the medical went OK everything was cleared and the big career was back on.

Then one of my proudest moments, taking her to Sandhurst. She was so excited and so nervous. It is a years training, it is hard, relentless but she will be great at it. 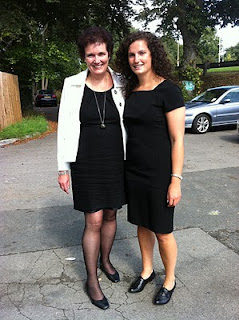 Posted by Debra Lilley at 13:07 No comments:

I finally created a photo book of my mum and dad, just this week almost a year since she died. It was a humbling experience looking back at what they did for us, and the memories it invoked. 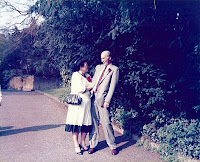 My dad always smiled and my mum had a sense of fun in her photos I would never have articulated, perhaps they had more in common than I thought.
I am not going to regret anything, life is too short but I want to say I love them and hope they are as proud as me as I am of them.
Posted by Debra Lilley at 13:10 No comments: