His interviews are so funny Michelle and I thought we would turn the tables!

MM: How are the Oracle ACE Briefings?

TIM: Fine but I am in the doghouse with the wife

DL: Let’s move off that subject, how are the briefings?

Tim: They are good but I can’t tell you anything its under NDA

DL: OK tell me about your job

MM: Looks like you're not talking to her either so, tell me what you do outside of work?

Tim: I told you the wife hates me

MM: Is she your whole world?

Tim: No, I love laundry.

Tim: And I am working on a secret project

DL: (at last something interesting), tell me about it

DL: you can’t talk about THAT it’s under NDA – this interview is terminated!! 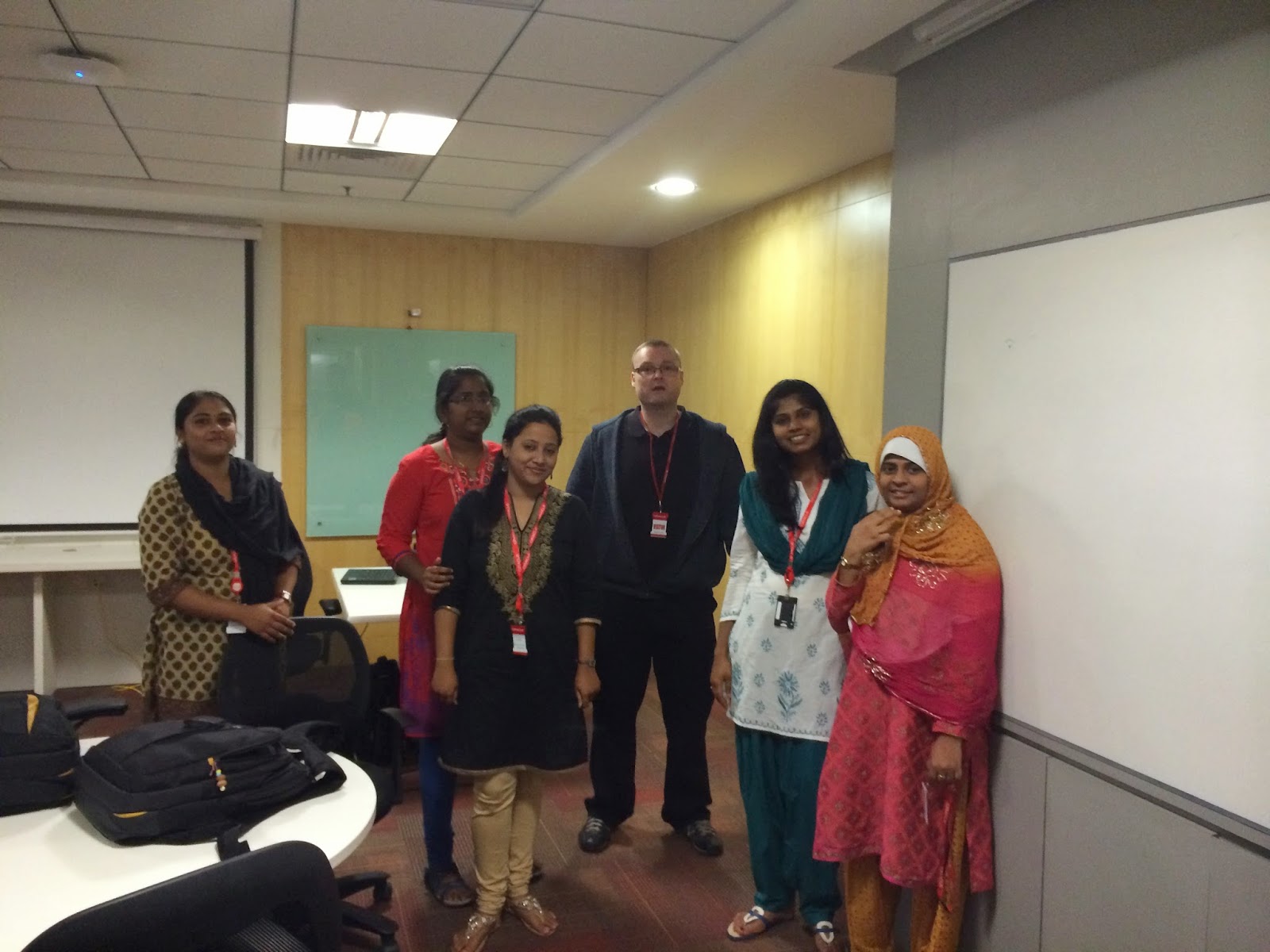 Posted by Debra Lilley at 09:53 No comments:

Back at the start of June I took part in the Vi Flyder I Vin 'We Float in Wine' challenge. Sailing on a trampoline using wine box liners as floats.

It was such a success it was decided to do it again this time around the parliament building in the centre of Copenhagen. Somehow this time it was to be two trampolines.
I thought it was just another mad idea from Mogens Nørgaard who has these frequently and it is best to just humour him, however apparently there was a political point behind it...............................or so the official story goes. 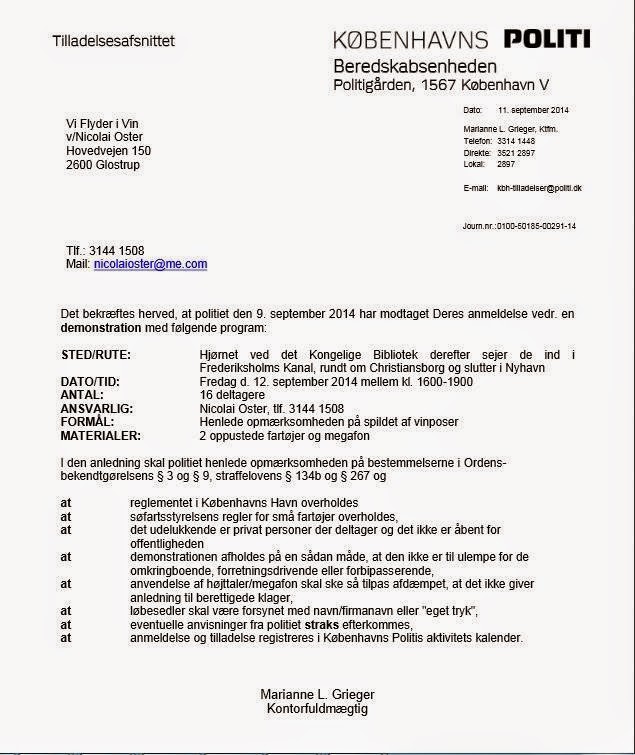 Nicolai Oster the other protagonist from the original story has a bit of a reputation as a political activist, harmless but passionate and feels the need to have his say. He is well known to the Danish authorities and so when he applied for a permit for a protest, they were not surprised and granted it.

Now I am not saying they are nuts in Denmark, but I do like their freedom of speech. The protest was against the no recyclable status of garden trampolines and wine boxes, and his solution.... to builds boats that would sure up the Danish Navy against possible attacks! The permit not only granted the right to protest but included actual permission to demonstrate by having no more than 8 persons on each trampoline craft. For my friends in N Ireland, try getting that through the Parades Commission! 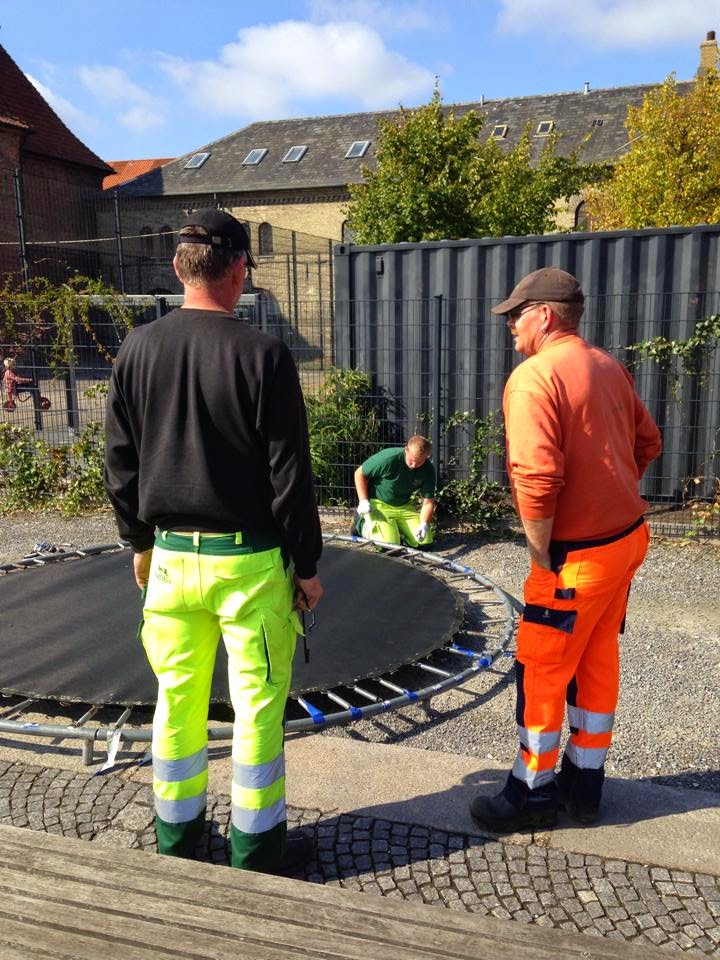 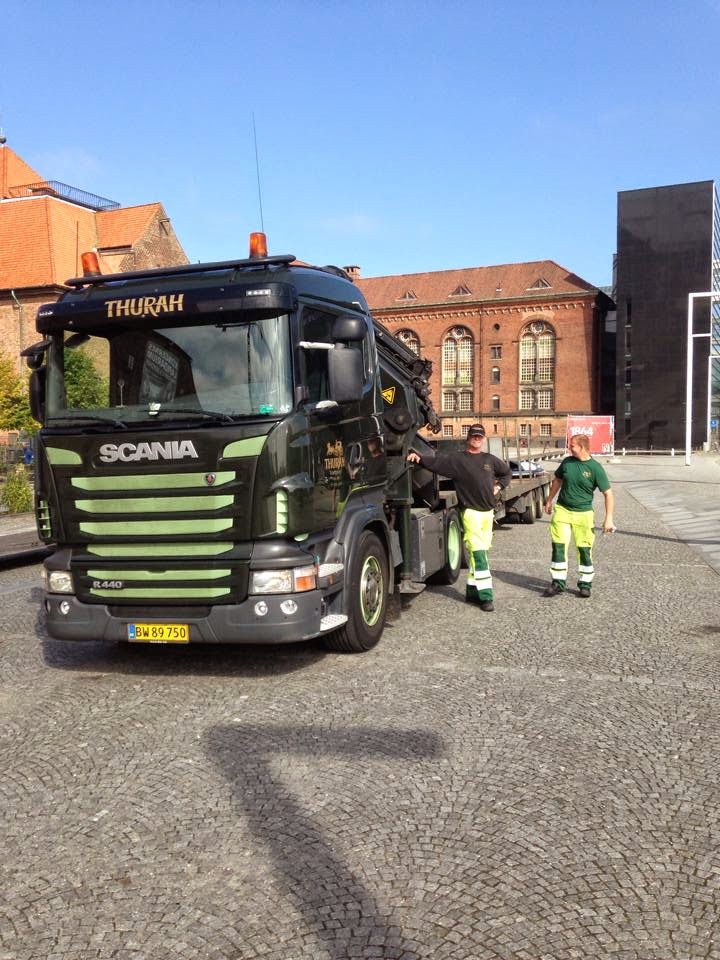 Malov is about 20km from the centre of Copenhagen so the challenge was to get two 4.2m diameter trampolines into town! Even with the help of a 32ton (we think they gave us the wrong stats here we would estimate at least another 30%), they had to be partially dismantled. 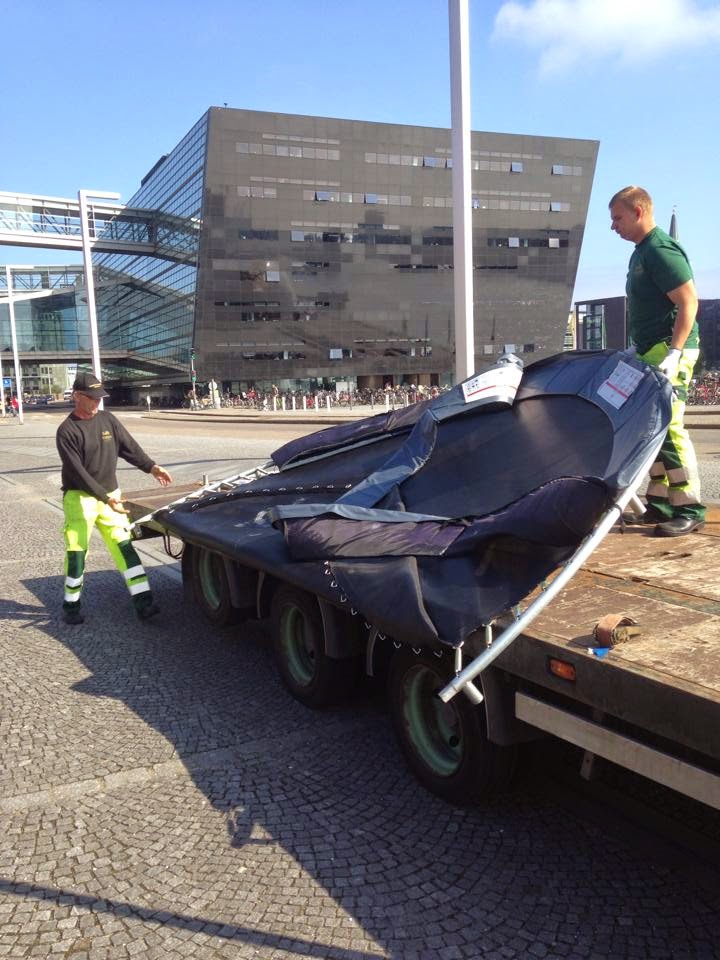 On arrival in the town centre, just by the Black Diamond Library they put them back together again and we got on with the building. Last time we had 272 bags for 1 trampoline, which was much more than needed, this time we had about 320 for 2, not quite enough but it would do. We had to reduce number of passengers and got wet feet but they were sturdy and safe. 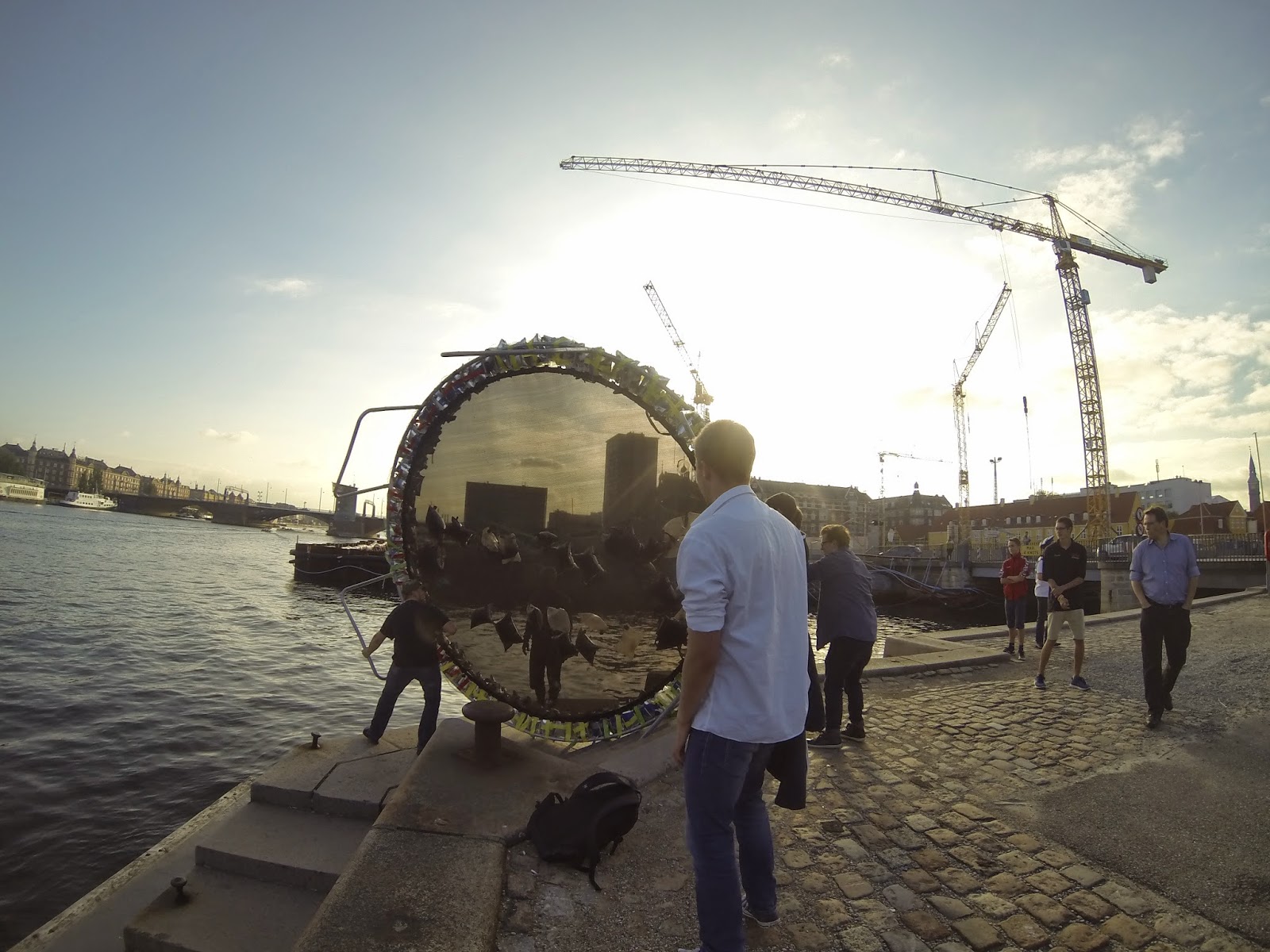 It was a beautiful late summer's evening and people finishing work were very interested in what we were up to. I was like a kind of military quarter master, handing out and rationing materials (God forbid we rang out of duct tape), and explaining the build process (those bags have to sit just right). Defiantly not as perfect as the first outing good enough, we are now experts. 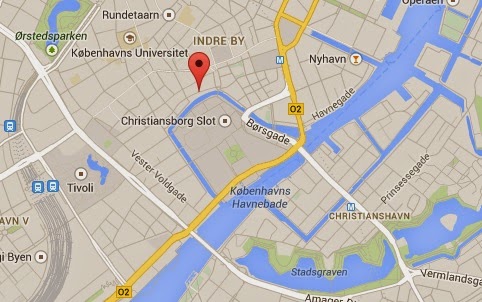 Once we had finished the construction we moved over to the canal. We started at the bottom left of the canal and sailed up and round to just past the arrow at Gammel Strand.

Last time I didn't believe we could actually sail very far so I volunteered to be a safety officer and stay in the water in a wetsuit, that way when everybody got wet I would be ok. I was also able to take interesting photos from the water. For this second challenge I was led to believe would have an outboard motor, and since I knew they were so stable I was sure I was not needed in the water.... I was wrong


Although I got on the trampoline I decided to get back in the water since there are no sharks in Copenhagen (that I know off) and there was a distinct lack of motor and the wet feet those sailing had already. 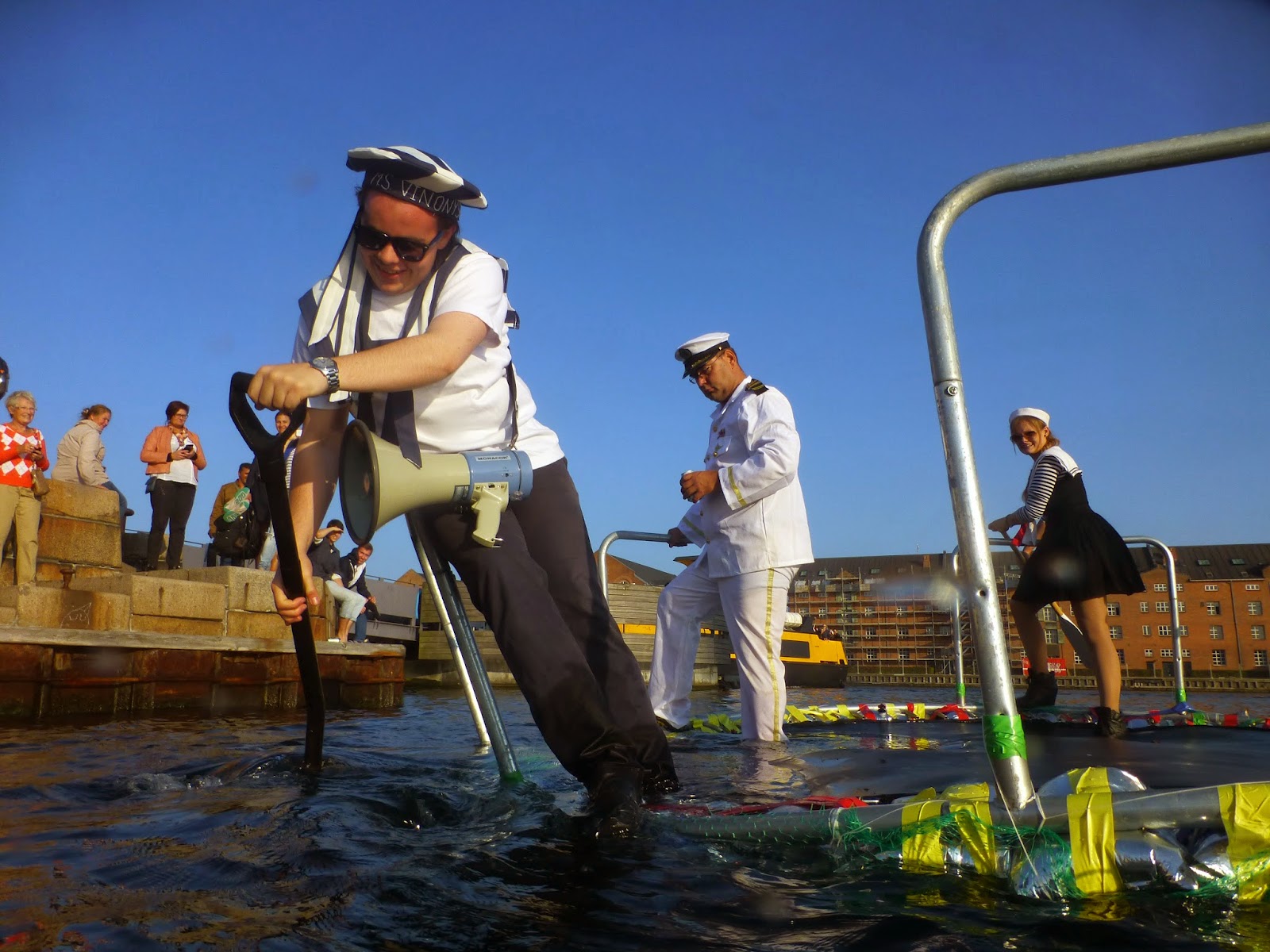 The original intention was to sail the 3 sides of the Frederiksholms Kanal spur, and our permit allowed us 3 hours in total but by the time we entered the water we had just over an hour to sail the 1.5km. The waterway looks quiet but in reality it is part of the tourist route and frequented by tourists so quite busy.

Being a tourist myself I  was keen to see this unique view of the Natural history museum, the original palace, the parliament and of course the old brewery. 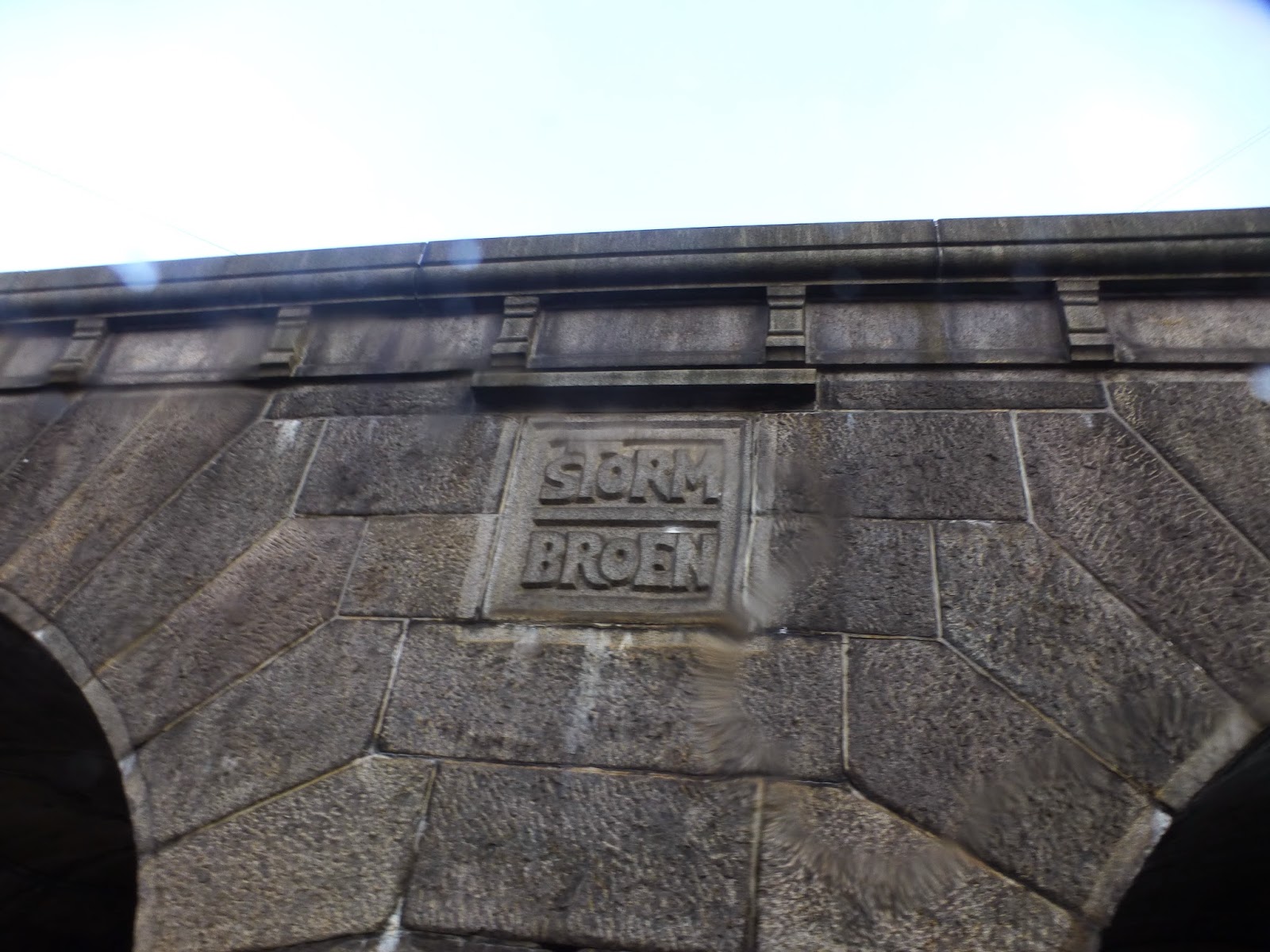 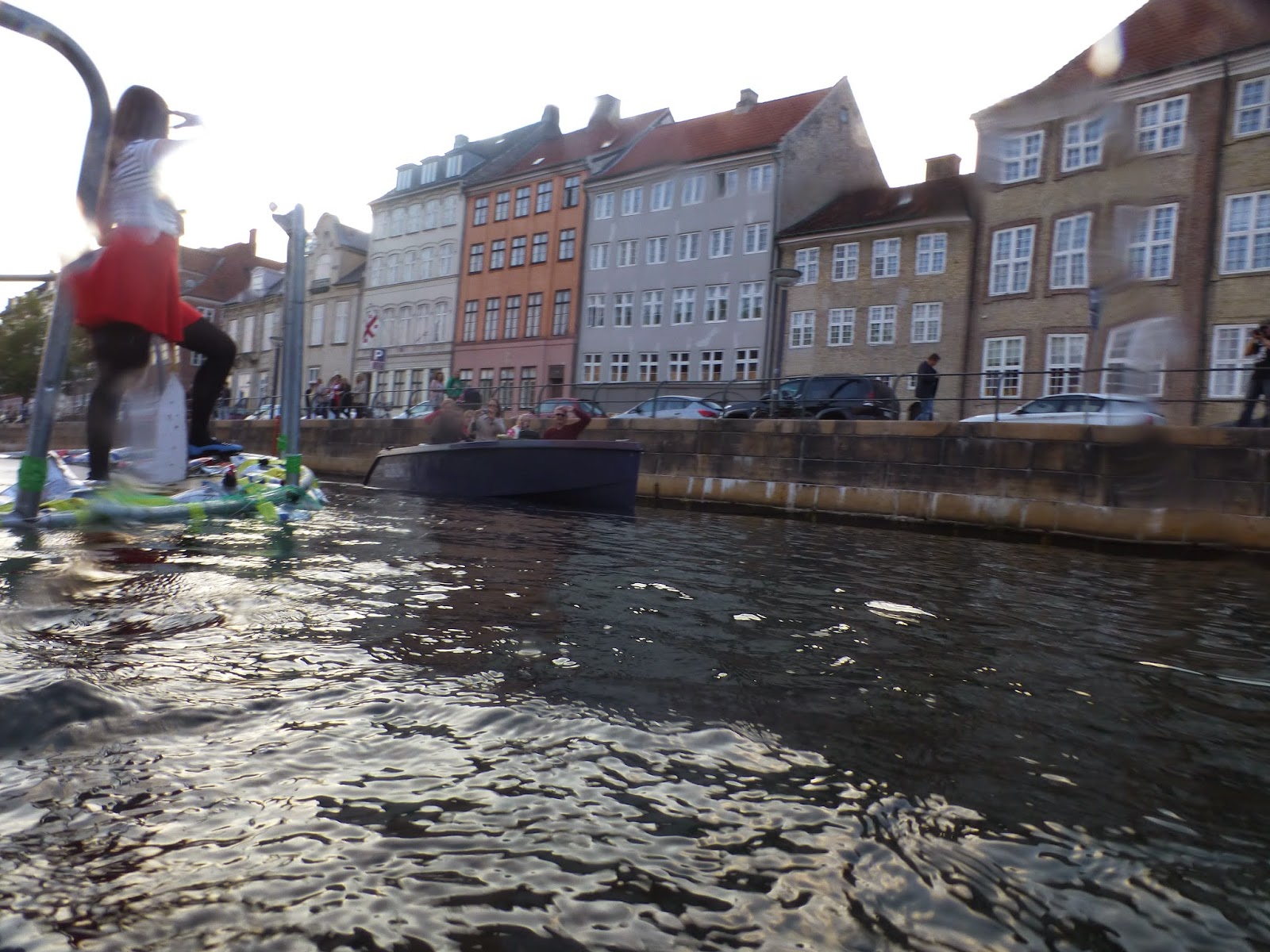 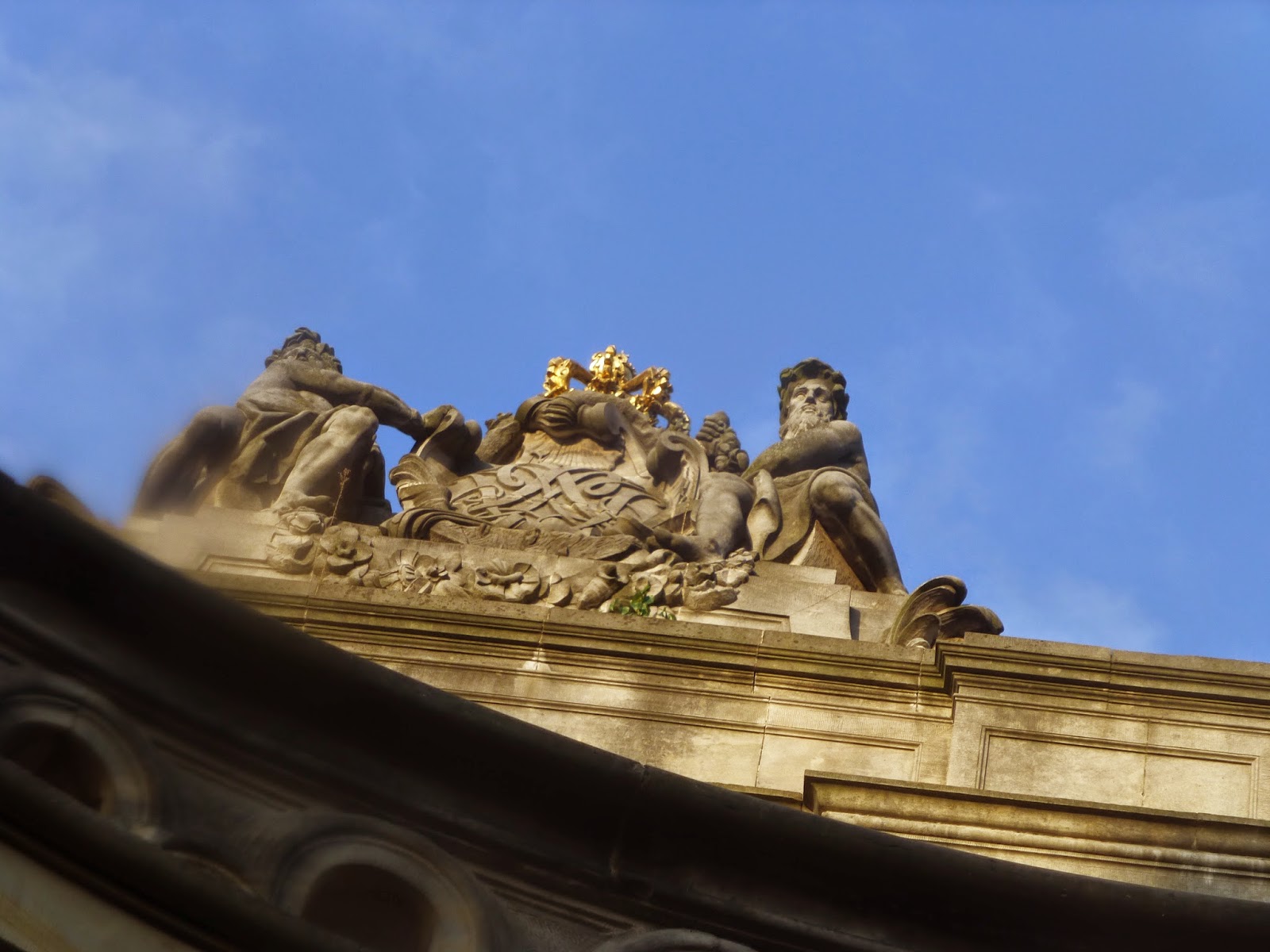 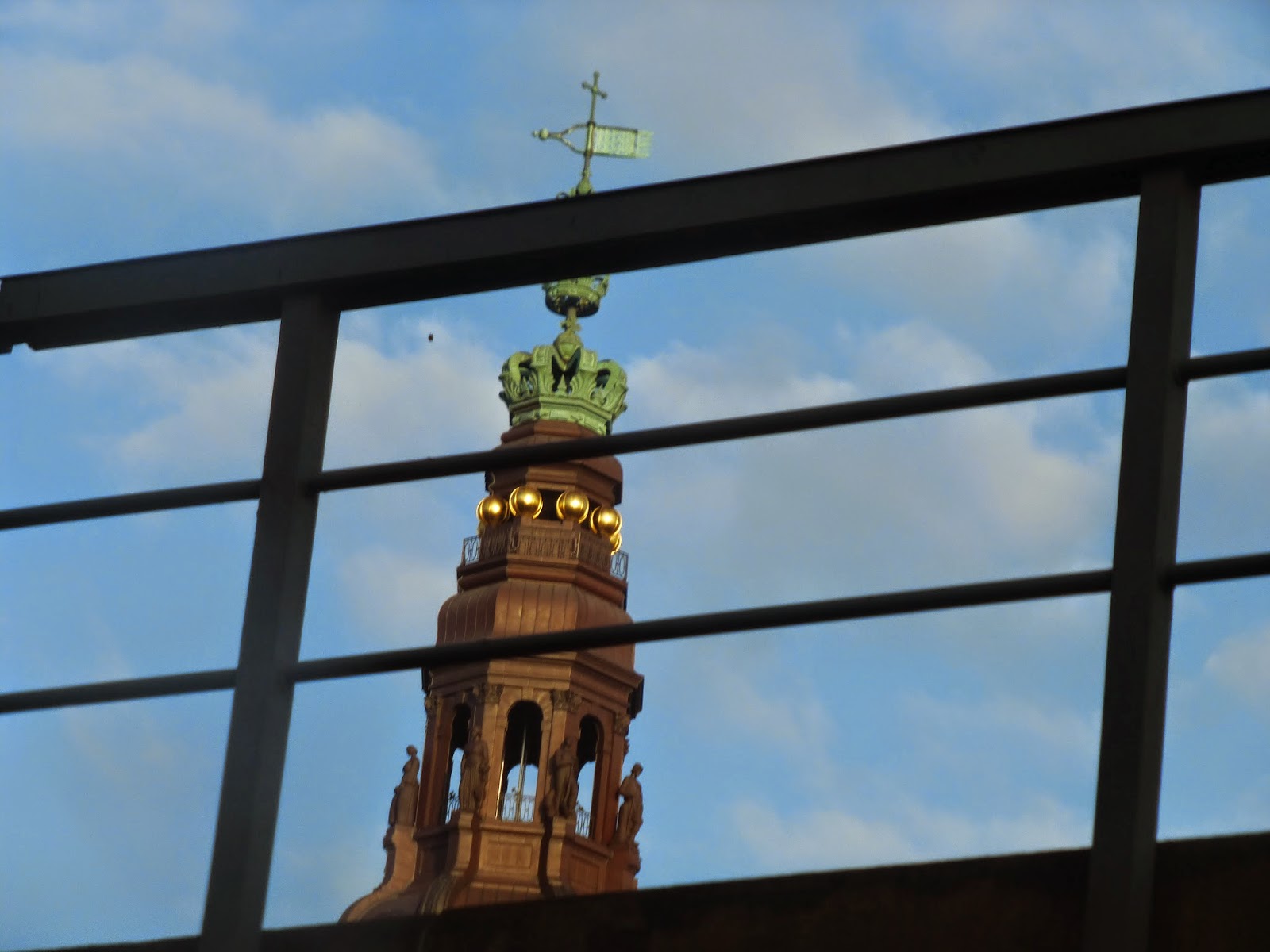 As each tour boat passed us, we stood to attention and saluted as Nicolai would repeat his speech. The tourists loved it as did most of the crew but for each one we needed to move over to the side, the problem was the crew of my trampoline were too busy saluting and drinking to row so I spent the entire time towing them, just 6 weeks ago I did my PADI rescue diver and was worried I was not strong enough to tow an injured diver very far when in practice I towed a trampoline with 5 crew for over a km. 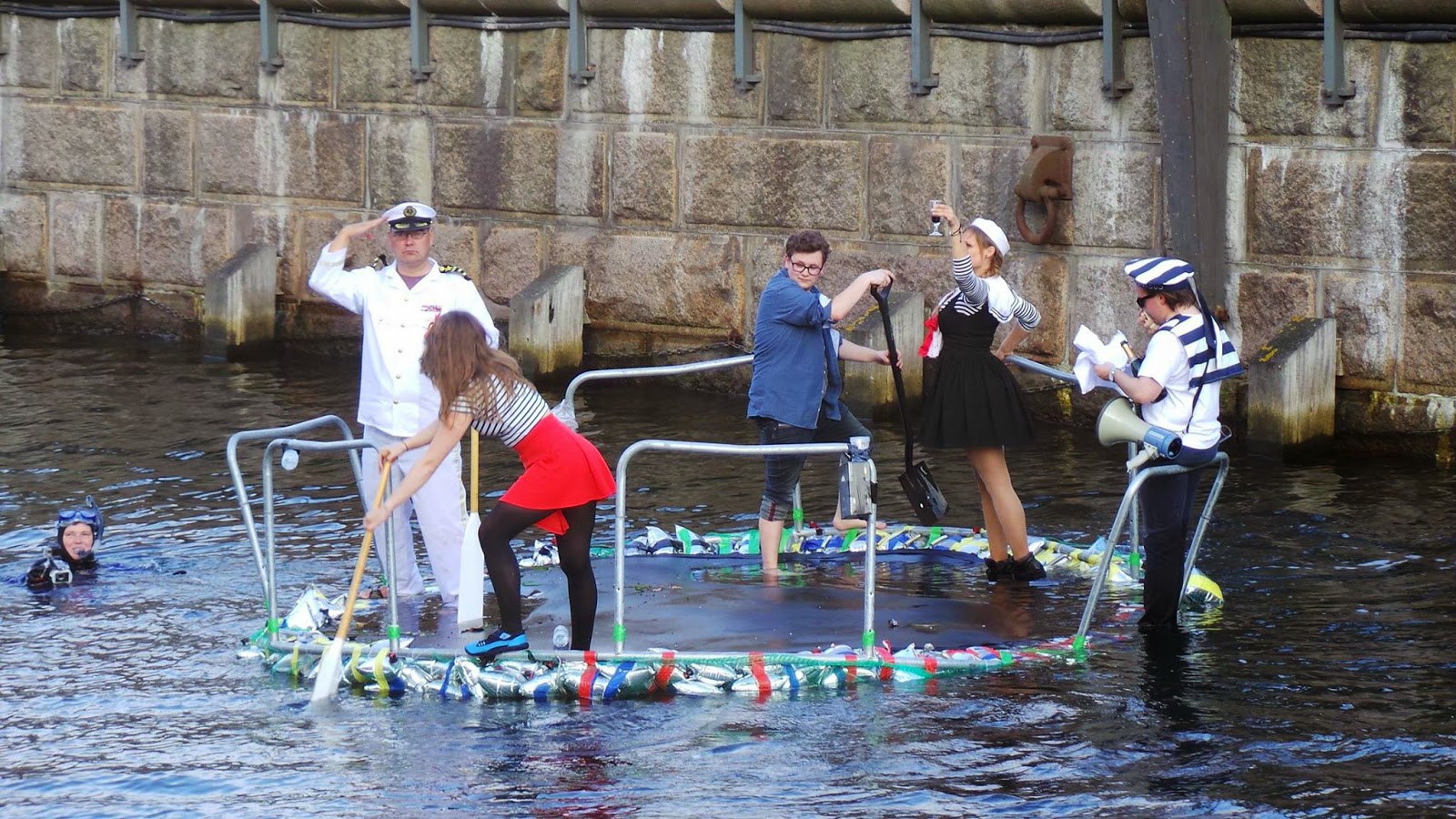 The reaction we got from tourists and locals was amazing with people stopping what they were doing to watch us and wonder what it was all about. 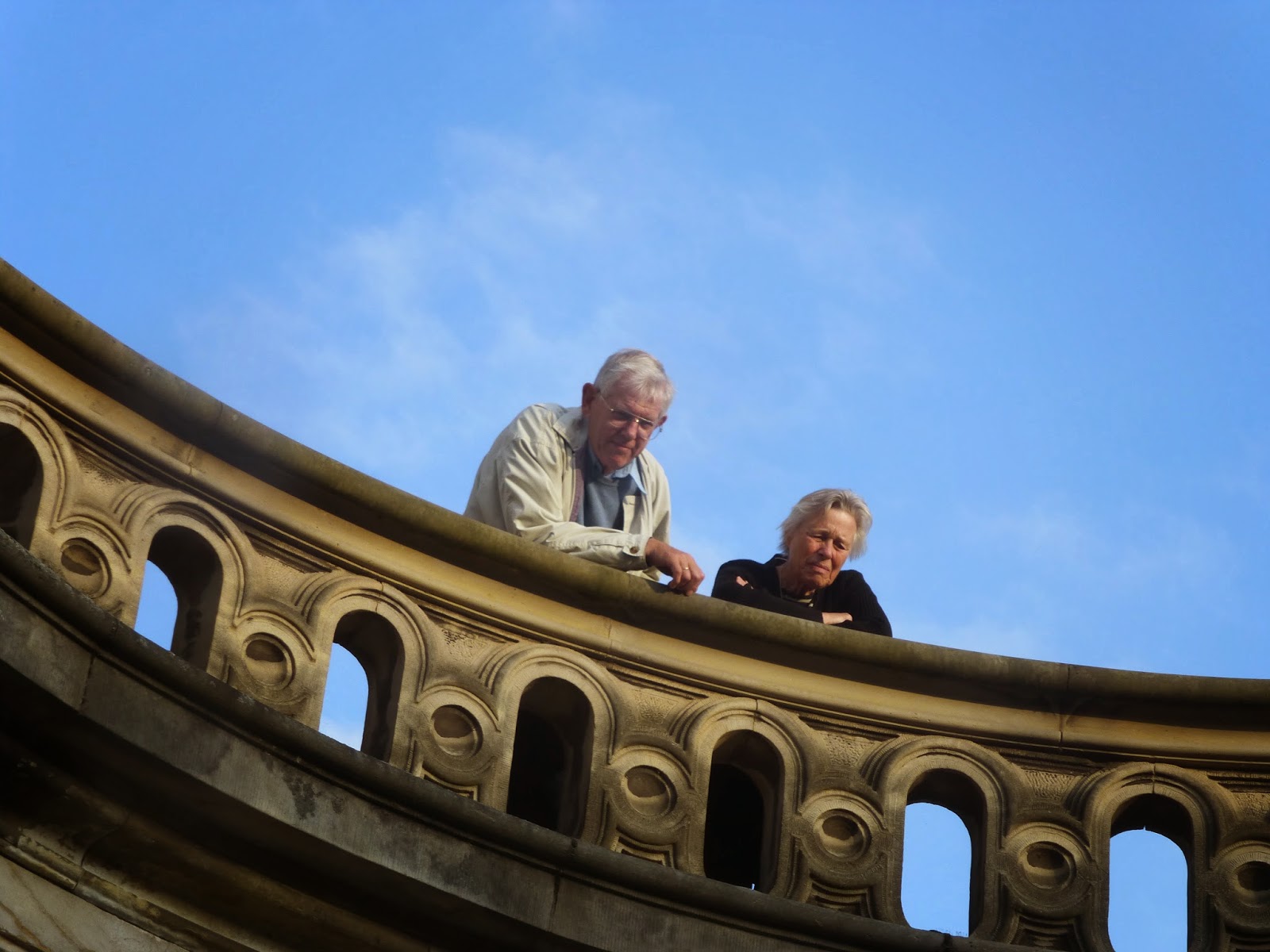 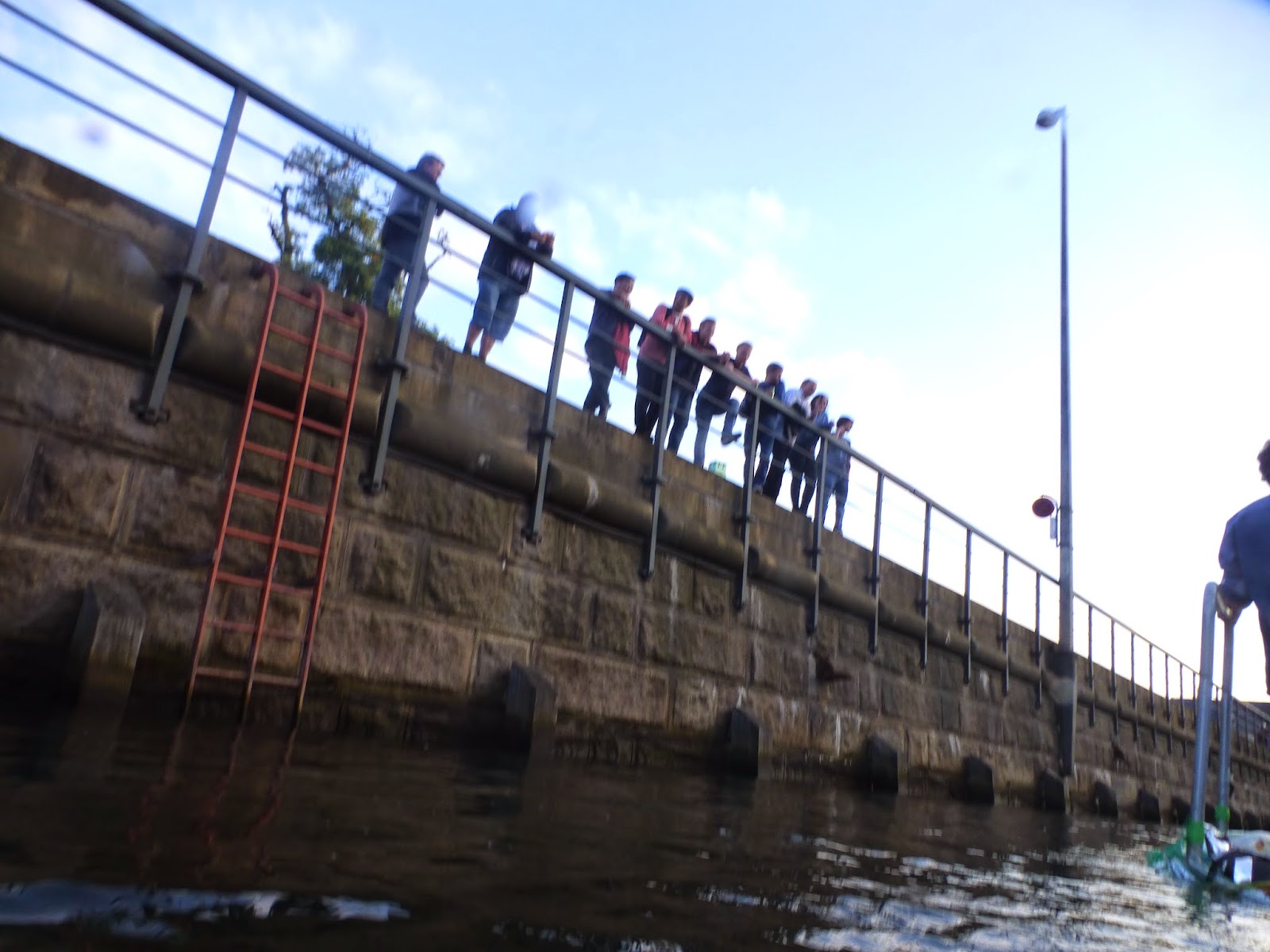 The whole experience was fun except for the final bridge, which was very wide and took us a long time to get through. I believe the rules of the water state that power gives way to rowers but we simply kept to the side and let them pass. three passed us in this tunnel, the first had about 1m clearance and was fine, the 2nd had very little clearance and it actually caused the trampoline to spin forward and I had to work hard to keep moving anti clockwise to avoid being crushed against the side of the tunnel. The third boat where we encountered our only miserable skipper, had no room and should have waited for us to clear the tunnel and we were literally 20m from doing so, but no he ploughed on literally into us causing me to actually be scared. The spinning was fine, I dumped my camera on the trampoline and moved quickly, but the speed was so fast that I was in danger of being sucked under the trampoline and I would not have been able to breathe, I may have had a wetsuit on but I had no air supply, so I had to kick out and push at the trampoline instead of pull it; but I was quite calm and it was all over ok quite quickly, and back to the important matter of sailing. 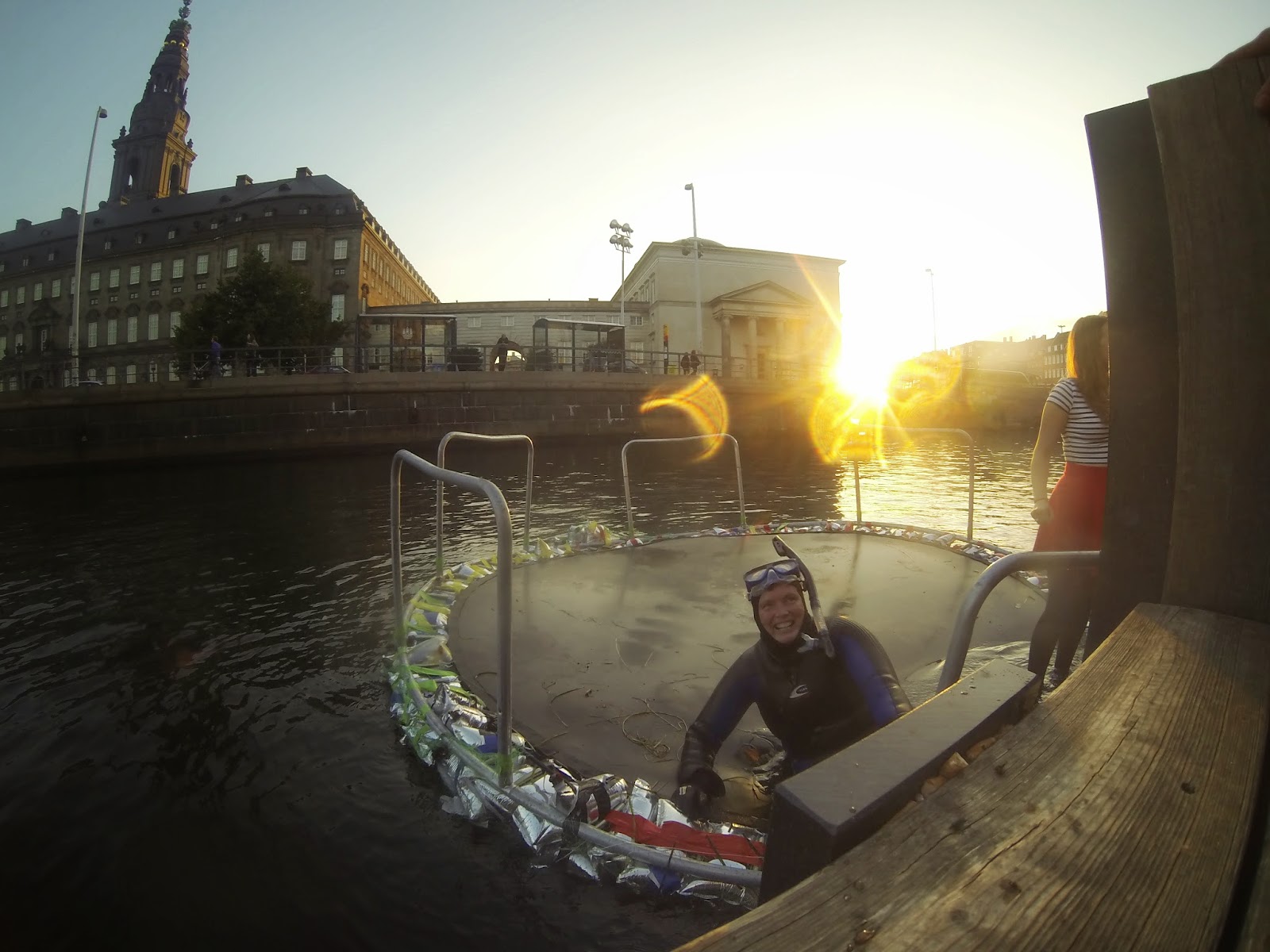 By now the light was starting to fade so the decision was made to finish at the 2/3rd point rather than continue to our planned finish, we were running out of time. we docked at the tour boat jetty but it was a bit high for me and I was exhausted and my legs were in danger of cramping. I can't pull myself up and there was no ladder. luckily another thing taught on the rescue diver course is how to lift a unresponsive body onto dry land and I just gave orders. Not very lady like and I made them promise not to take photos but I forgot the go pro was set to take them every 10 seconds. 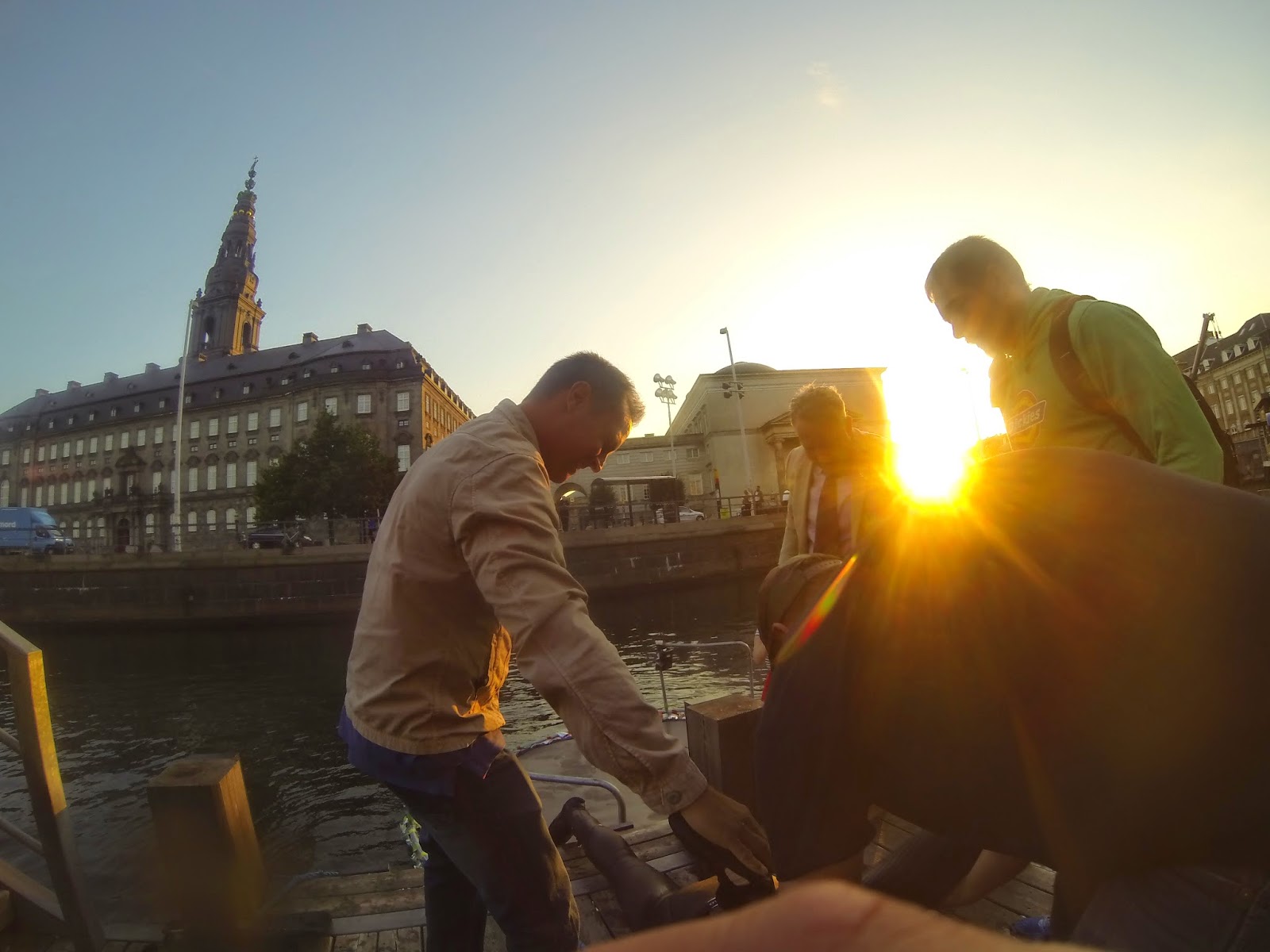 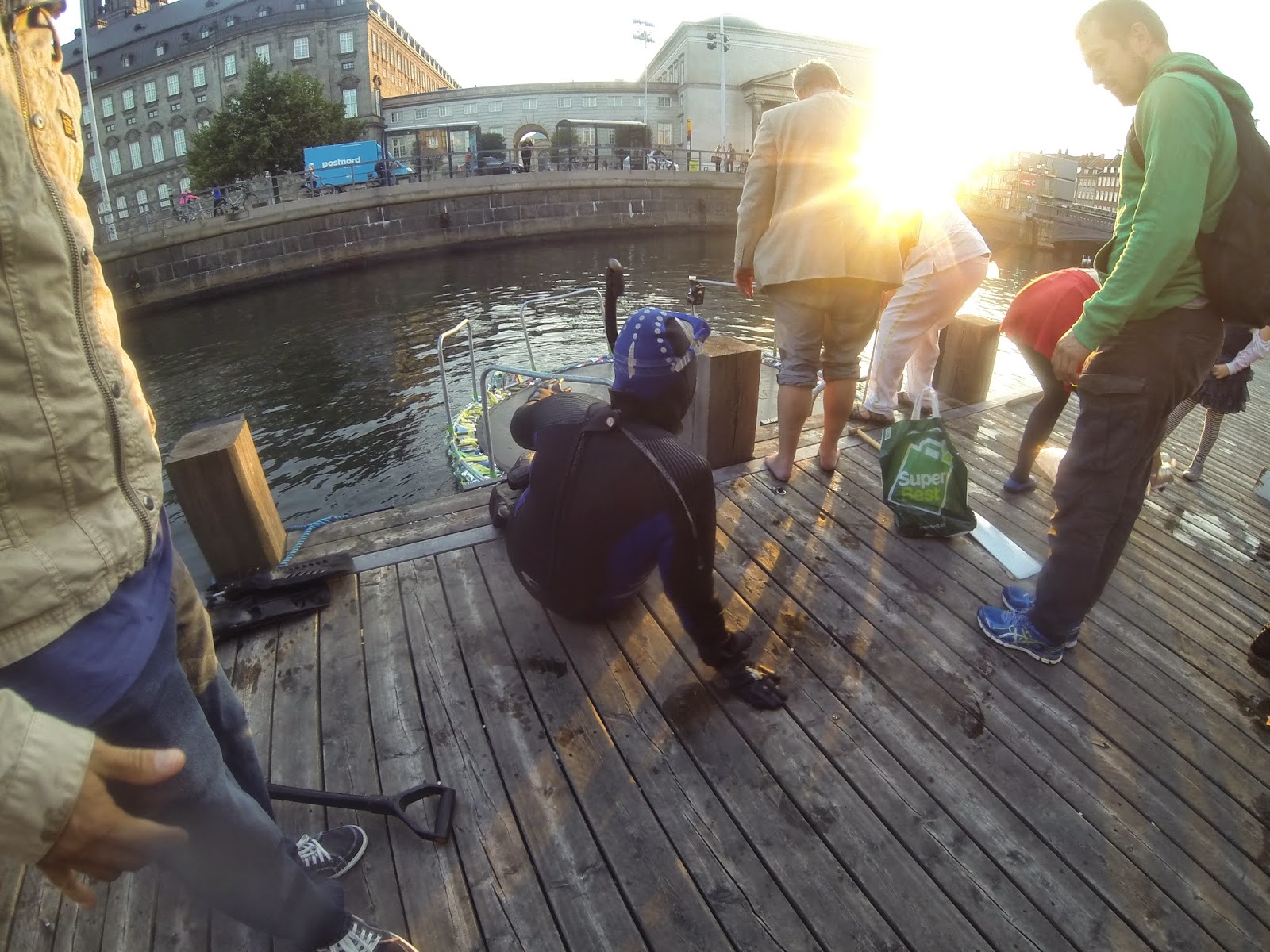 As we had finished early we were not at our expected rendezvous point and thus had 2 trampolines too far to carry. We decided to leave them where we landed and arrange something for the next day. It was suggested they were simply dumped as performance art but I like to think it was a way to show our point, there ARE no recycling facilities for these items. 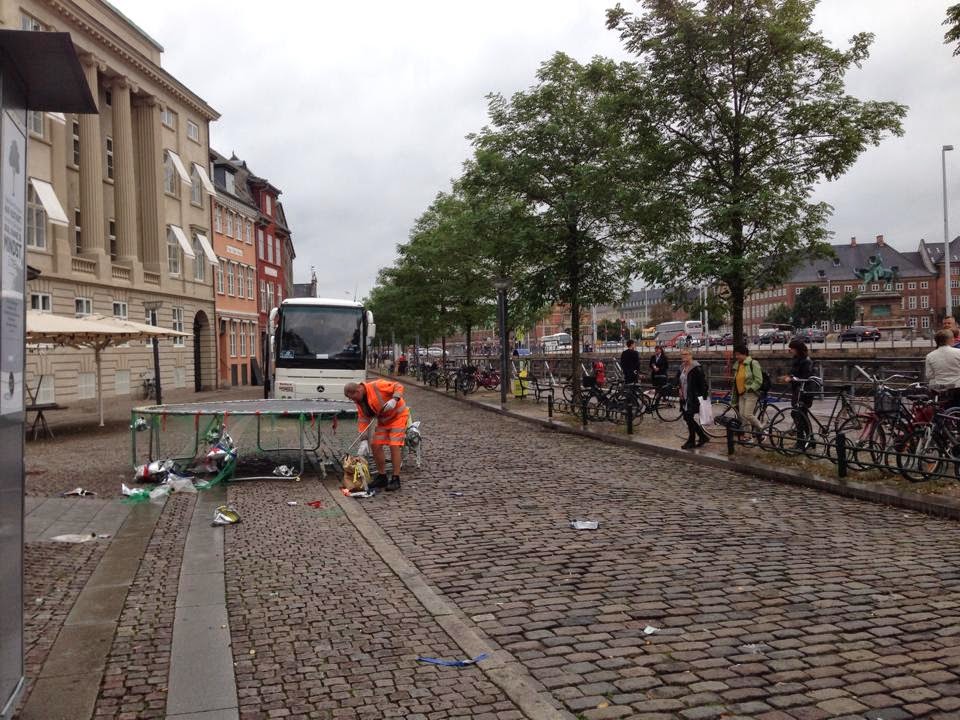 Interestingly the next morning one was covered in graffiti and was observed being dismantled add disposed of by Copenhagen refuse collectors as if it was an everyday occurrence, and the 2nd had found its way to the main square. 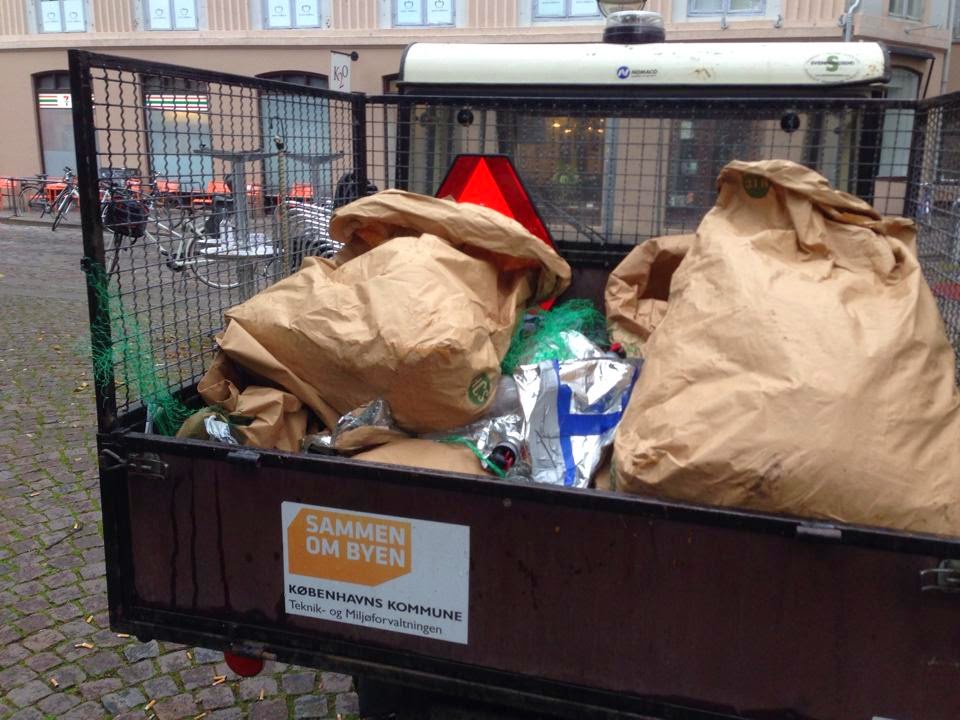 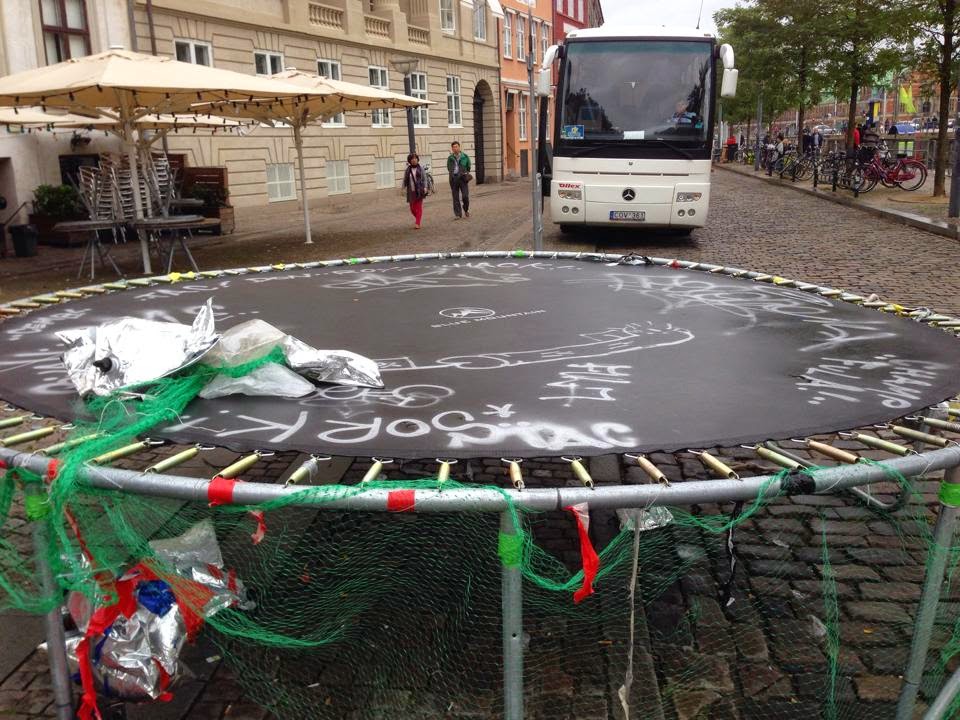 We finished the evening with a lovely traditional meal and I thought I would never be able to stand I was so exhausted (although nothing compared to my friend Alex Gorbachev the next day, but that is another story.....) 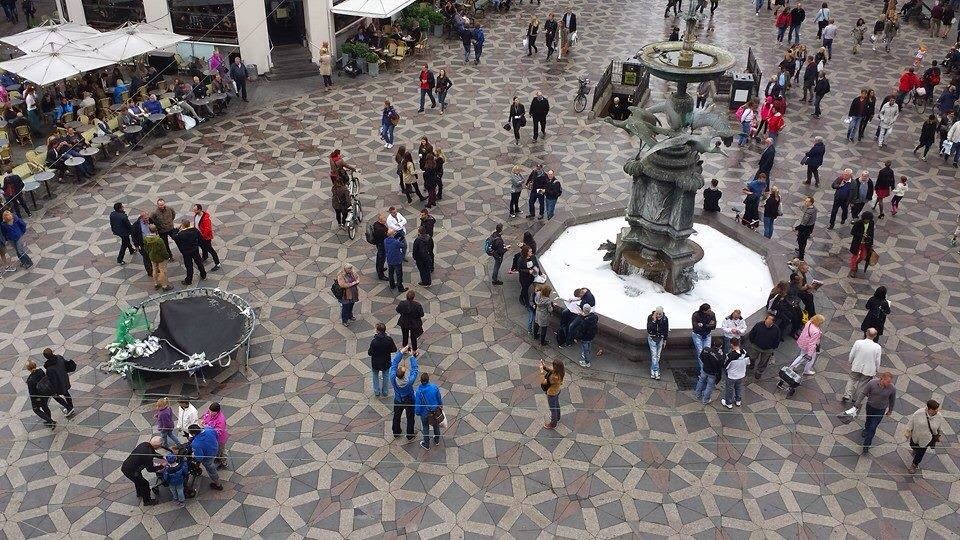 Trips to the yellow mansion are never ordinary and it is always a worry as to what will be the next adventure but this was fun, and how any people do you know who have experienced Copenhagen from water level whilst making a very important point about a global problem? I am proud to have done my bit for the cause.